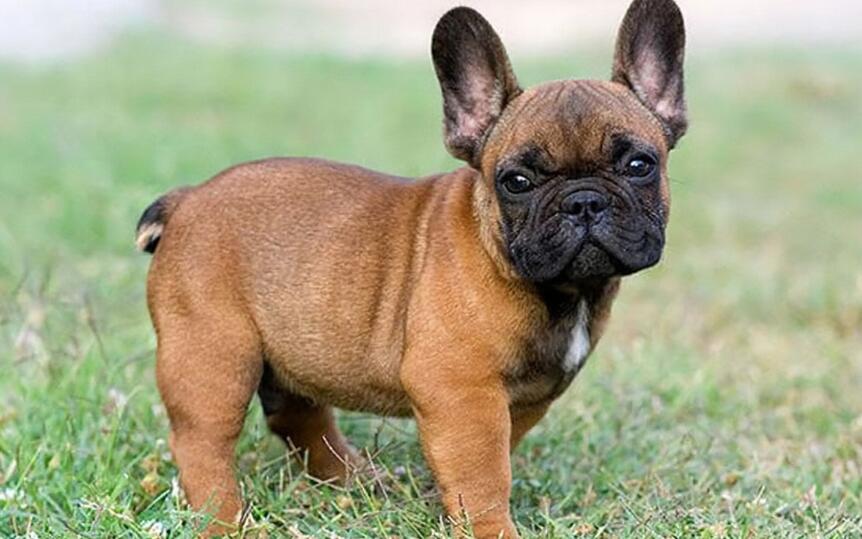 Fawn French Bulldog is one of the cutest breeds around the world. In recent years, this breed constantly ranks as the second most popular in the US. They are truly unique and captivating animals. With their large, bat-like ears, short muzzle, and wide-set eyes, these small dogs are sure to draw attention wherever they go. This article will discuss an in-depth guide about the fawn French Bulldog.

What Is Exactly A Fawn French Bulldog?

A Fawn French Bulldog is a type of French Bulldog that has a distinctive light tan or yellowish-brown coat color. It is often referred to as ‘fawn’ because it resembles the color of a young deer. Fawn French bulldogs come in various shades, ranging from bright tan to a deep, milk chocolate color.

Fawn French Bulldogs are typically quite small, with short legs and stocky bodies. They have large, bat-like ears, a broad face, and a short muzzle. The coat is usually relatively smooth and can range from light tan to a deep reddish-brown. Their eyes are typically dark, and their tails are generally carried low and curled.

Regarding personalities, Fawn French Bulldogs tend to be lively and outgoing. They love to play and can be pretty mischievous when getting into trouble! They’re also known for being very loyal and affectionate companions and love being around their owners.

Fawn French Bulldogs require regular exercise, socialization, and proper training to ensure they are well-rounded and healthy pets. With the appropriate care and attention, they can make the perfect companion for any family.

The Science Behind The Fawn Color

Like other dog breeds, multiple genes influence the color of a French Bulldog’s coat. Most of the time, the fawn color comes from the Ay allele at the Agouti locus (A locus). But what is the A locus? And what is an allele?

Formally known as the Agouti-signaling protein (ASIP), the A locus is responsible for color variants in several animals. It acts in conjunction with other genes to control the color of melanin generated in hairs.

Remember that each gene in an animal’s body is located in a particular locus (its location on a chromosome) with two copies. Each of those two copies comes from a parent.

However, the copies are not always identical. When the copies of a gene vary, they are referred to as alleles.

There are four alleles at the A locus contributing to the coat color of a dog: Ay, aw, at, and a. Ay is the allele for fawn or sable, at for wild sable, at for tan points, and a is the recessive gene for a solid black coat.

The most dominant allele among those four at the A locus is Ay. It can result in a wide range of colors in a French Bulldog coat, such as light fawn, darn red, or even sable. The interaction between this allele and other genes determines the exact shade of a fawn coat.

Sable can coexist and modify it, for instance.

As sable is inherited and exhibited on a gradient, sable and fawn are pretty interchangeable. When sable is limited or nonexistent, we refer to the dog as a fawn. It is up to a breeder to call a dog coat fawn or sable as there aren’t always clear distinctions between them.

Sable adds darker hairs along the face and back regardless of the base coat color. When the sable is so widespread, the coat can look solid or tan-pointed in color.

The B locus is a DNA region that determines whether or not your French Bulldog has a brown coat. This region can generate a protein that affects a dog’s coat and skin color. If present, it will dilute black pigment into brown.

There are three alleles at the B locus: bs, bd, and bc.

If your dog has inherited two of these traits, with one from each parent, it will have a brown coat. This is how the B locus works in conjunction with the A locus to create different shades of fawn.

Dogs have two types of pigment: pheomelanin (red/yellow) and eumelanin (black/brown). Many genes play a role in determining which and how much pigment is produced.

The D locus is one of those genes. This portion of your dog’s DNA determines whether or not its coat color will be diluted. It isn’t any specific color like other genes, but it will lighten the coat color produced by A, B, or E loci.

This gene codes for melanophilin – a protein responsible for fixing and transporting melanin-containing cells. If present, an allele at the D locus creates an improper distribution of those cells, causing a diluted coat color.

This dilution is referred to as isabella, lilac, or blue in some breeds, including French Bulldogs. It will also lighten the dog’s eyes to an amber color.

The I locus is a separate gene that determines the intensity of yellow/red pigment expressed by the E locus.

In particular, carrying intensity dilution reduces the intensity of the fawn. When a dog has a single copy, the fawn color is diluted from red to beige. Two intensity-dilution genes produce a fawn that is very light beige.

Where breeders debate this gene, they leave out the second part of the term, making it seem like the gene has the opposite effect.

The M Locus governs whether a French Bulldog has a merle pattern on its coat. While this is a standard pattern for several breeds, such as Australian Shepherd and Shetland Sheepdog, it is much rarer with French Bulldogs.

Types of The Fawn French Bulldog

While they all come from the same genetic base, there are several variations of fawn. This makes it impossible to tell the precise look of a fawn French Bulldog in advance.

Here are some common fawn coats you can find in a Frenchie.

As we have mentioned, fawn/sable may be presented over any base coat color, including black.

Also known as the standard fawn, a standard fawn Frenchie typically has black eye rims, a nose, and different shades of fawn on the rest of its body.

While typical black fawns have the darkest red coloring, the lilac variation has a softer beige fawn with lilac markings on the ears and other facial features.

Lilac fawns are beautiful and quite unusual. In general, their fawn coats are the lightest of all Frenchies, and their eyes are the most striking, ranging from blue-gray to hazel to yellow-gold. They result from two copies of the chocolate gene and two copies of the blue gene.

The Isabella fawn is highly similar in color to the lilac fawn. The main difference between them comes down to the genetic requirements for the chocolate hue.

Lilac requires the cocoa gene, while Isabella needs the chocolate gene in the B locus, often known as Testable or Brown Chocolate.

It is believed that 90% of chocolate Frenchies contain the Cocoa gene and 10% carry the Brown/Testable chocolate gene. In addition to this gene, the blue gene is also required. These factors, along with the fawn genetics, make this coat very rare.

As long as their look is concerned, red-fawn French Bulldogs are red Frenchies with an ashy sheen. In addition to the mask-like black markings around their ears, eyes, and nose, these dogs also often have a white chest patch.

The fawn pied features fawn spots on a white coat. These patches can be different fawn shades, even on the same Frenchie. While some pied dogs have few patches, others have many.

Blue fawn is a mix of pale fawn and blue. These French Bulldogs have blue areas around their nose and eyes instead of black, and their light coat has a gorgeous bluish sheen.

In recent years, the blue fawn has become one of the most popular adapters due to its distinctive coat color. Of course, this also means a very expensive price tag for a new owner.

Remember that the AKC and most other registries reject blue fawn.

Merle fawn Frenchies are unique dogs with a light fawn base coat and darker patches around their body. The most common variations are chocolate fawn merle, lilac fawn merle, and blue fawn merle.

Do I Need Any Special Care And Treatments For Fawn French Bulldogs?

Not really. These dogs are still French Bulldogs with different coat colors and patterns. They have the same personality and needs as other Frenchies (which we have addressed in a separate post).

How Much Do Faw French Bulldog Puppies Cost?

The price depends on the particular hue of the fawn coat. The vast majority of French Bulldogs are brindle or fawn, and their price typically varies between $2,000 and $5,000. Breeders can hike the cost of rarer variations like blue fawn above this price range.

Fawn is generally an acceptable coat color by most breed registries. For example, light fawn and red fawn are both approved colors by the American Kennel Club. Of course, this means your dog has no other patterns or markings that violate its standards.

Fawn is the second most popular French Bulldog color, behind brindle. But not every variation has the same popularity. Light fawn is the most common shade, while some others (like blue fawn) are much rarer.

Yes. But remember that this applies to regular Frenchies as well. This breed already has a bad rep with their health problems due to their flat faces.

White Yorkshire Terriers: Everything You Should Know 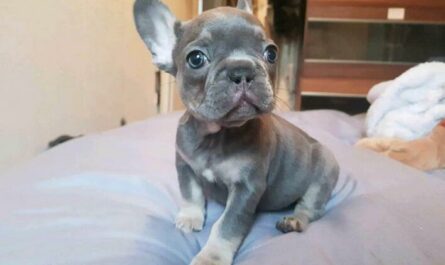 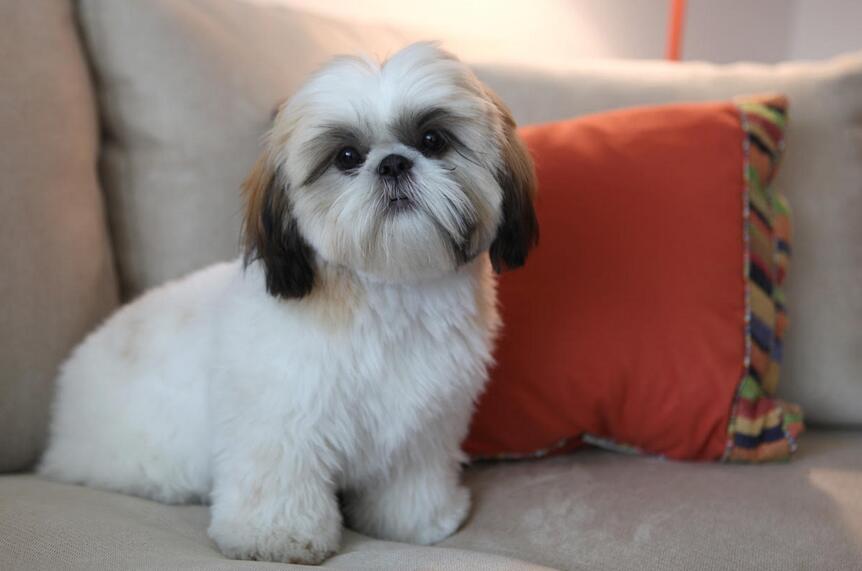 Everything You Need To Know About Merle Pitbulls